The Federal College of Education, Yola, was established in 1974, as a middle level teacher training institution. Hitherto, it was known as Federal Advanced Teachers’ College (FATC), Yola. However, actual academic activities commenced during the 1975/1976 session, with a total of one hundred and fifty (150) students under the leadership of the Pioneer Principal Mr. C. Pollock, an expatriate. At that time, the College was under the supervision of Federal Ministry of Education. Mr. Pollock as the pioneer Principal laid a solid foundation for the smooth take off of the College. He completed his tenure in 1982.

Mr. Wagabi O. Shittu was appointed the next Principal of the College from 1984-1987. It is worth mentioning here that it was during his tenure that the Federal Government renamed the College, Federal College of Education, (FCE). Thus, the title of the head of the college automatically changed from Principal to Provost, and Mr. Shittu could be said to be the first Provost of the College and served in that capacity up to 1987.

The appointment of Prof. Gidado Tahir in February 1987 as the Provost marked a water-shed in the history of the College. His tenure coincided with the promulgation of Degree No, 4 of 1989 establishing the National Commission for Colleges of Education (NCCE), where the Federal Colleges of Education in Nigeria attained some level of autonomy. As a result, the Provost was able to introduce a lot of ideas as well as numerous reforms, in line with the National Policy on Education as a result of which the College recorded huge successes, especially in terms of academic excellence. The College witnessed tremendous growth both in terms of staff recruitment and development. It should be said that whereas Mr. Pollock laid the foundation for the take-off of the College, Prof. Gidado Tahir was instrumental to the status presently attained by the College.

Professor Mustapha Abba’s tenure from 1989-2004 has earned the College a scorecard. He rehabilitated    physical facilities and infrastructure in the College and brought a lot of positive changes in terms of student’s intake.  While on the part of staff, he encouraged staff to go for further studies.

Dr. Aminu A Chiroma took over from Professor Mustapha Abba in 2004 as the first home bred Chief Executive of the College. He rose through the ranks from Assistant Lecturer to Chief Lecturer which gave him added advantage on how to attend to the academic and administrative needs of the College.

Dr. Aminu Chiroma has lifted the College to higher pedestals, as he touched all aspects of the College. The College has witnessed tremendous infrastructural development and road network as well as staff development. 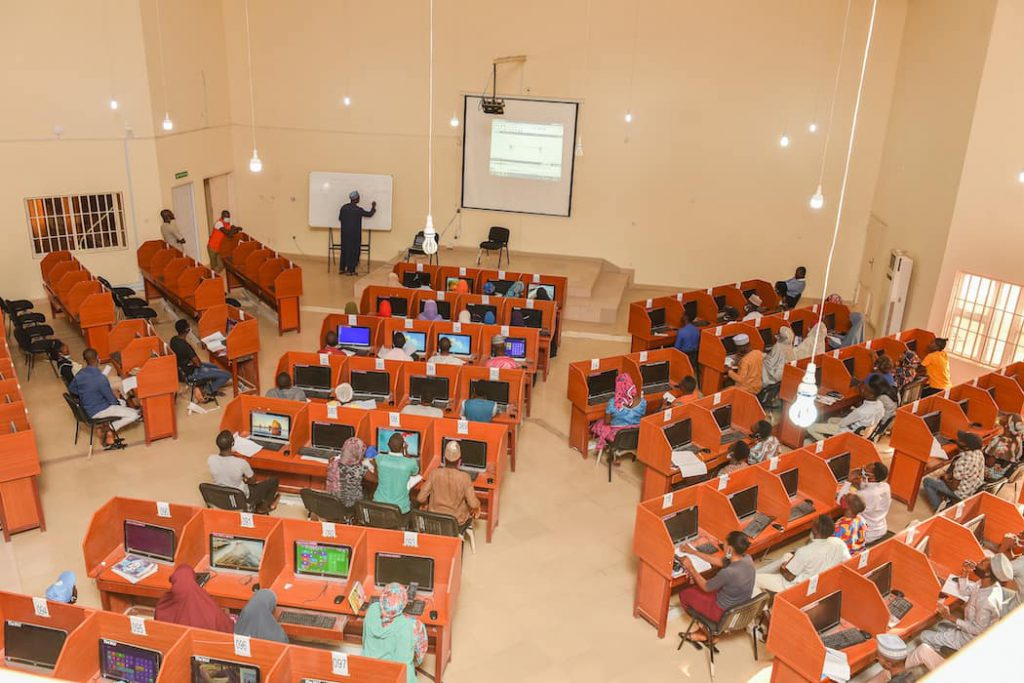 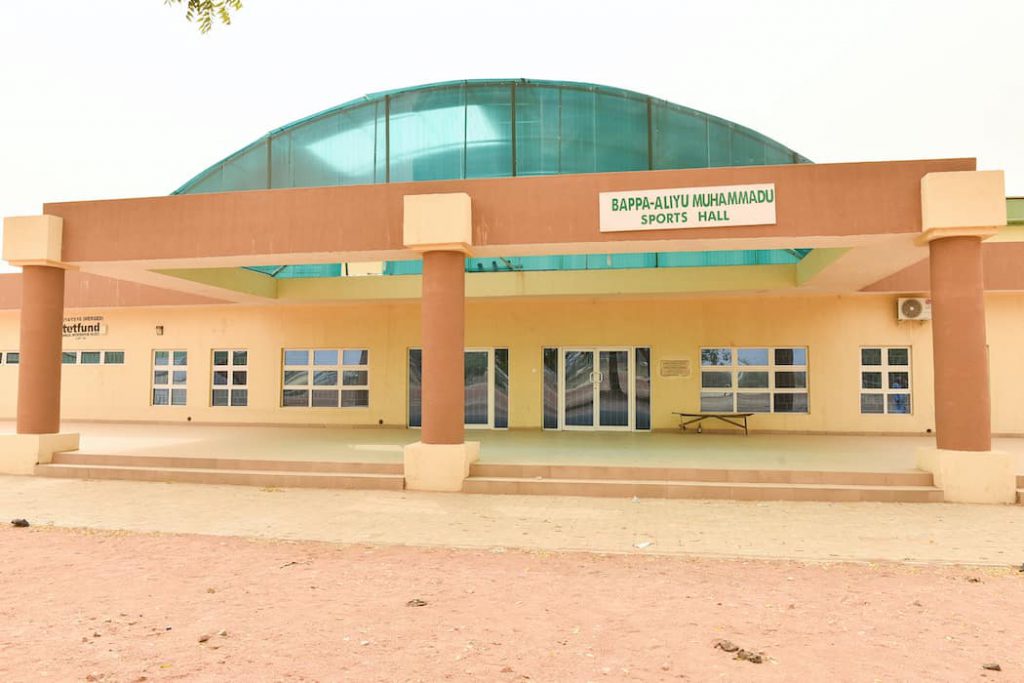 Professor Abdul-Mumin Sa’ad took over from Dr. Aminu Chiroma in 2012 as the Chief Executive of the College. Under his leadership, the College is witnessing tremendous changes despite financial constraints; His vision is making the institution the best College of Education not only nationally but globally.

That is perhaps the reason professor Sa’ad has resolved to go the extra mile to ensure that despite the dwindling financial allocation to the College, the Management continued to strive to provide the basic infrastructural facilities and a befitting environment for effective academic activities.

The College has seven (7) Schools, with forty-one (41) academic departments, five (5) Directorates and the Consultancy Services limited as well as the Centre of Excellence.

Currently, Mr. Johnson Blo Malgwa oversees the affairs of the College as the Acting Provost. He took over mantle of College leadership from Prof. Sa’ad on 27th December, 2020 following the expiration of tenure of the latter. 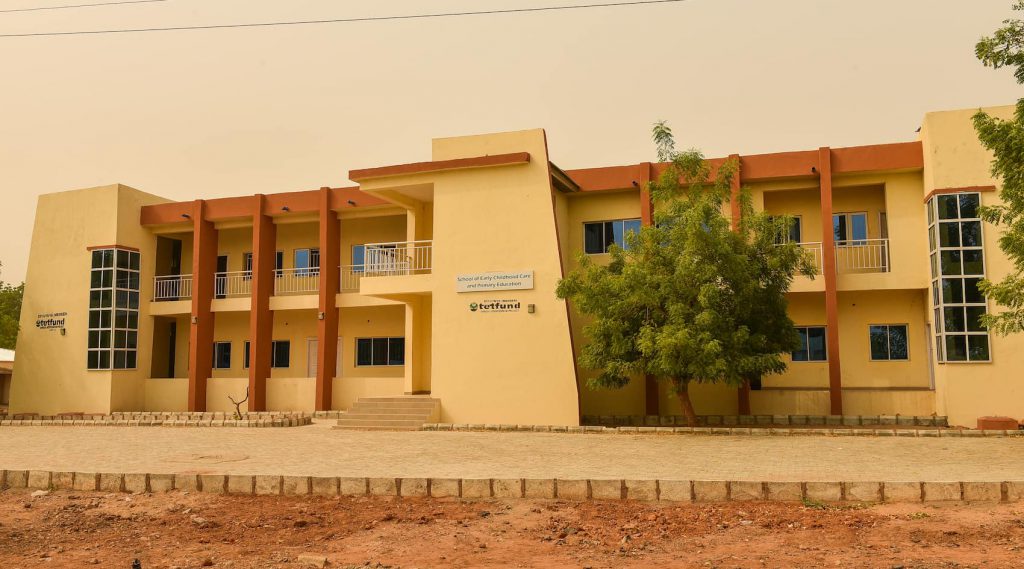 To be a leading world class College for Teacher Education.

We pride ourselves in giving quality education, we have well trained and qualified teachers...

The SERVICOM office in the Presidency has recently commended the College for quality service delivery.

The College had emerged Third (3rd) position out of the Twenty-One (21) Federal Colleges of Education and the FCT College of Education that were evaluated during the SERVICOM Compliance Evaluation (SCE) exercise conducted in 2019.

Likewise in 2020, the College ranked 5th position out of the 21 Federal Colleges of Education assessed by the Office of the Secretary to Government of the Federation in collaboration with the Independent Corrupt Practices and other Related Offences Commission (ICPC) during an assessment exercise of Federal Ministries, Departments and Agencies’ compliance with provisions of the Public Procurement Act among other indicators.

Similarly, the erstwhile College Governing Council also commended the landmark transformation of physical and infrastructural facilities witnessed on the Campus, the unprecedented turn over in the number of Ph. Ds and Masters Degrees and expansion in academic programmes.

The management structure of the College consists of the following:

The Governing Council: Council derives its mandate from the Federal College of Education Decree of 1986. Made up of the Chairman and nine other members, the Council was charged with the general control and superintendence of Government policies with regard to the College, its finances and property. These functions placed the full responsibility for the proper running of the affairs of the institution on the Council.

The Core Management: – This is made up of the Provost and other principal officers of the College, comprising the Deputy Provost, the Registrar, the Librarian, the Bursar, and the Director of Works and Services. The Committee meets regularly to consider matters pertaining to the day-to day running of the institution.

The Extended Management:– This comprises of the members of the Core-Management, Directors and Deans of Schools. It meets monthly, or as the need arises to consider matters relating to the academic requirements of the various schools.

Academic Board:- The Board is made up of the Provost as Chairman, all heads of departments, the College Librarian and two other academic staff appointed by Council.

The Board is responsible for the management of academic matters like regulation of admission of students, award of certificates, prizes and make periodic reports to Council.